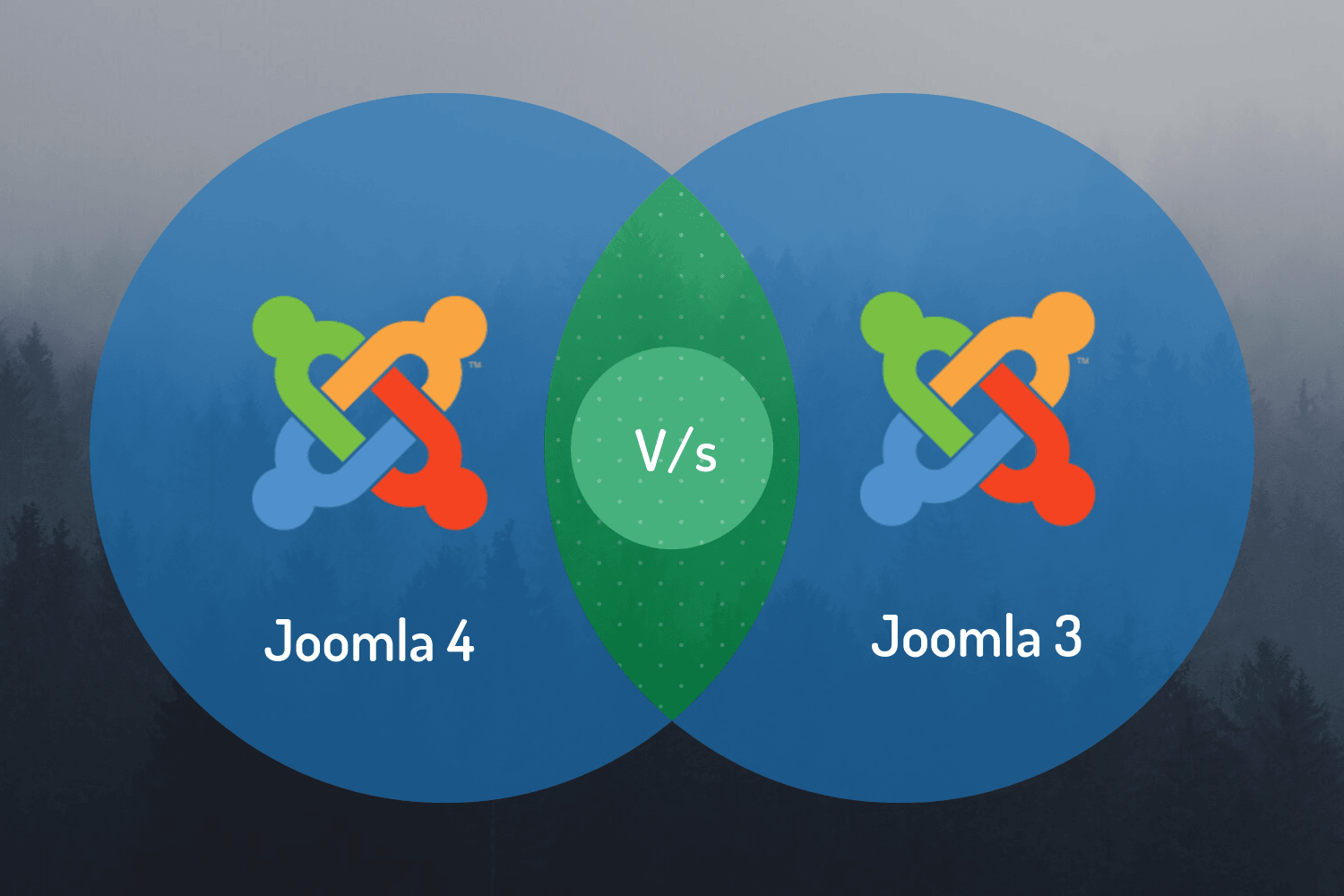 Joomla 4 was introduced and announced back in 2017 but it is still in Alpha phase but it is coming very soon and since the alpha release, we can now clearly see the feature differences and feature improvements between Joomla 4 and Joomla 3.

Let's have a closer look!

Joomla 4 is all about speed, optimisation, security and performance and this could not be achieved with the codebase Joomla has in its Joomla 3 version. Joomla 3 was not a bad thing as this version itself has achieved some milestones but that was not enough to go for a long term.

Joomla 4 is developed to be the best version of Joomla till date. So if we compare Joomla 4 with Joomla 3, Joomla 4 focuses more on core codebase which is much optimized and cleaner. All the deprecated things are removed and with the newly written plugin system, Joomla 4 only used the latest technology.

Being an open source CMS, security is the biggest challenge ever and we all know how the most used CMS(Wordpress) also fails in terms of security but Joomla takes security as a very serious thing and we have the seen the vast improvements in security in Joomla 3 already.

But in Joomla 4, CMS has taken a big step and improved security by supporting the prepared SQL statement and increasing the minimum supported software stack. Of course, with the latest technology, your site is more secure.

Also, PHP 7 is the minimum requirement and Outdated SQL Server support is dropped in Joomla 4.

Joomla 3 uses Bootstrap which is way out-dated now and badly needed an upgrade so Joomla 4 did it and it is totally using Bootstrap 4 now which the latest version of Bootstrap at this moment.

It definitely is a major rewrite of the entire Joomla project and it will help build responsive website faster and easier. We will see more modern and improved new front-end template’s user interface in Joomla 4.

And since Joomla 4 now uses Bootstrap 4, therefore it is developed with SASS (Syntactically Awesome Stylesheets) with compare to LESS that we have in Joomla 3.

Joomla 3 Media manager was good but it was missing some important features like file uploads and image editings that every editors needs.

But no need to worry now as Joomla has finally listened and completely rebuild the Media Manager, made it more stable, more reliable and added tons of features into it.

Media manager now comes up with image editing, image cropping, image resizing, image rotation and multi image uploads with drag and drop support all these features.. Isn't it just cool to have these feature handy off the shelf?

Joomla takes this very seriously and we already have witnessed the major improvements in Joomla 3. All those improvements are more focused in Joomla 4 by improving base coding quality, using modern css systems, removing deprecated and out-dated functionality, completely re-veloped plugin system.

Also, Dependency Injection Containers to replace JFactory, Joomla framework to be used in more components and Code Namespacing and Depreciation are the major steps taken by Joomla to improve the performance of Joomla CMS and give it the best page loading speed.